Italian Euro Coins have a seperate motif for each of the denominatios and the Commemoratives celebrate a variety of famous Italians - politicians and artists.

Italy was one of the founding members of the Euro zone and is the third largest economy (after Germany and France) in the Eurozone .It started issuing coins in 2002. Some basic facts relating to Italy.


ItalIan Euro Coins, like those of Greece,have eight different motifs - one for each of the coins. 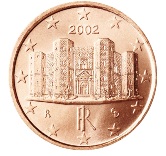 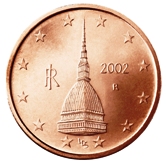 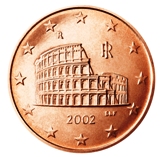 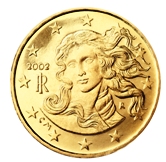 10 cent - the head of Venus - from a painting by Sandro Botticelli. 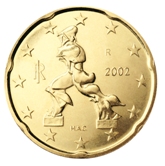 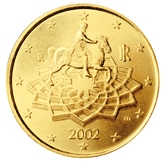 1 Euro - A study of the human body from a sketch by Leonardo da Vinci. 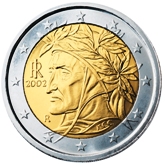 2 Euro - The famous Italian poet Dante Alighieri from a painting by Raffael. 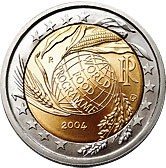 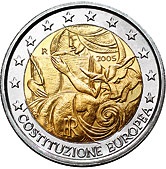 2005 - European Constitution. Europe riding a bull and holding a pen and the constitution. 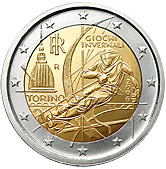 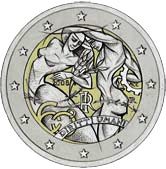 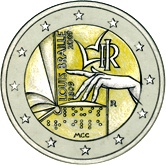 2009 - 200th birthday of Louis Braille (inventor of the braille script for the blind). 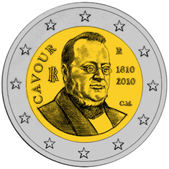 2010 - 200th birthday of Cavour - politician connected with the unification of Italy. 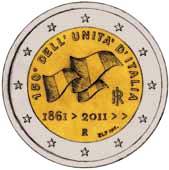 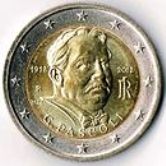 2012 - 100th anniversary of the death of Giovanni Pascoli-a poet who was a major influence in the forming of the Italian language. 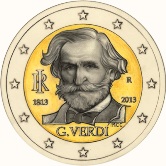 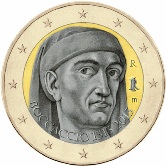 2013 - 700th Anniversary of the birth of Giovanni Boccaccio. 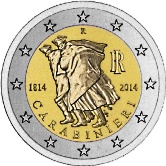 2014 - 200th Anniversary of the founding of the Carabinieri(Italian Police). 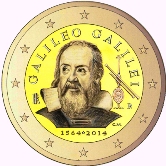 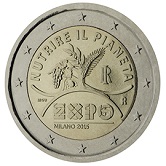 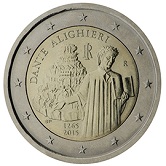 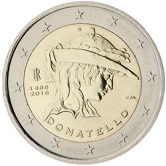 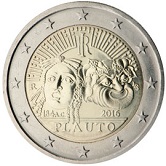 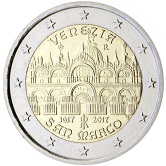 2017 - 400th Anniversary of the Completion of St.Mark's Basilica in Venice. 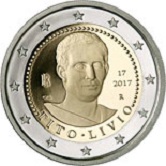 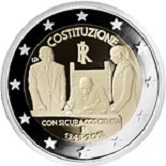 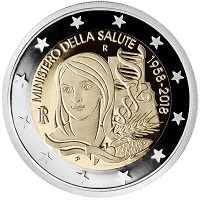 2018 - 60th anniversary of the founding of the Ministry of Health. 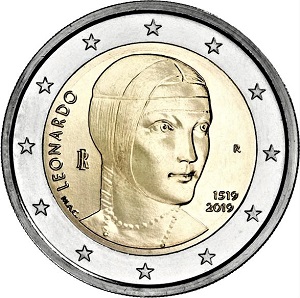 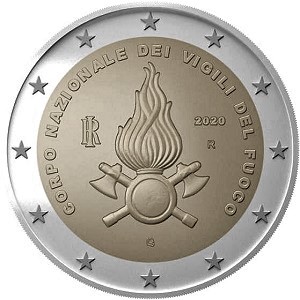 2020 - This coin commemorates the 80th anniversary of the foundation of the Italian national fire brigade.

Return from Italian Euro Coins to Links to Specific Countries.