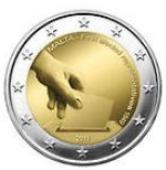 Details relating to the Maltese Commemorative of 2011.

This coin is the first in a five part series dealing with the constitutional history of Malta.

The coin commemorates the election of eight Maltese representatives to the government in 1849. Malta had been a British crown colony since 1814.

In the inner circle a hand putting a vote into a ballot box is depicted. An inscription, running around the edge of the inner circle from eleven to four o’clock reads “MALTA – First elected representatives 1849”.

The year of issue 2011 is at the bottom of the inner circle. The coin has no mint mark. 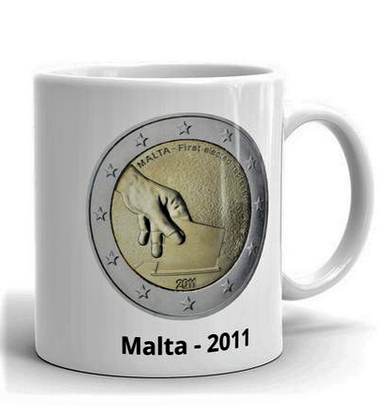