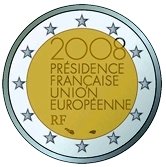 Details relating to the French Commemorative of 2008.

This is the first commemorative coin issued by France and is in honour of its presidency of the European Council.

The basic design of the coin is very simple. It Is “2008 PRÉSIDENCE FRANÇAISE UNION EUROPÉENNE RF” i.e. 2008 (year of issue) French Presidency of the European Union RF (issuing country).

There is an interesting tale regarding this coin. At the time of issue the European commission had 5.000 coins produced in numbered blisters where the motif side was all gold – i.e. the outer ring was not silver. These were distributed among EU employees. This was the first standard Euro coin to be so produced. 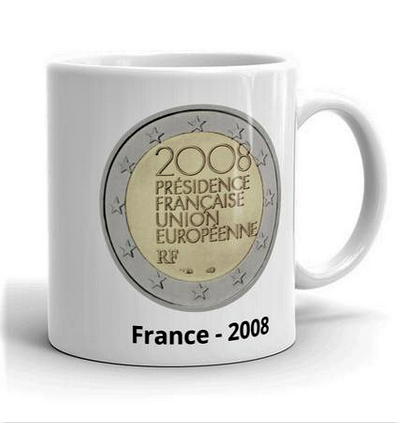