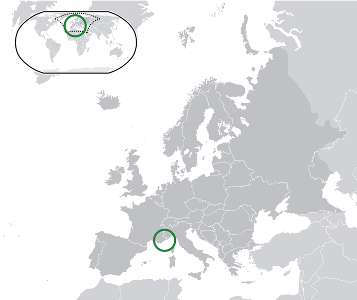 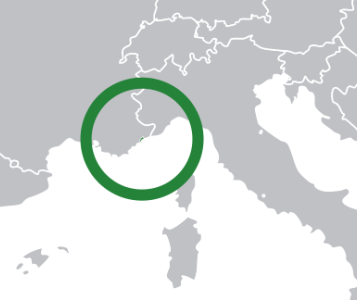 Monaco is a small principality on the Southern coast of France. It is the second smallest member of the Euro Zone. It joined the Euro Zone in 1999 but only  started issuing Euro Coins in 2001.

Some basic facts about Monaco:

Prior to the Euro the official currency was the French Frank. The conversion rate to the Euro was set at 6.55957 to 1 Euro on 1st January 1999.

For more information on Monaco,try this link.