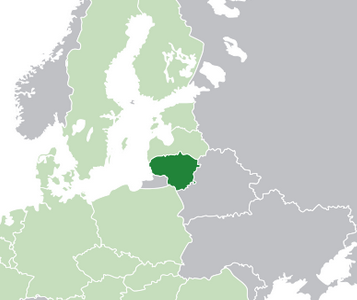 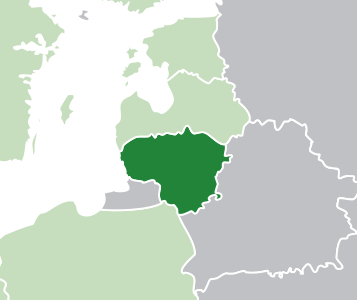 Lithuania is a small country in the North of Europe boardering on the Baltic sea.Lithuania is(2015) the latest member of the Eurozone. Lithuania joined the Eurozone and issued its first Eurocoins in 2015.

Some basic facts about Lithuania:

Prior to the Euro the official currency was the Lithuanian Litas. The conversion rate to the Euro was set at 3.4528 to 1 Euro on 28th June 2004.

For more information on Lithuania,try this link.