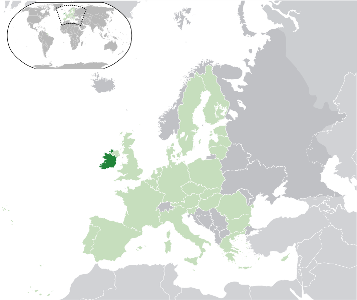 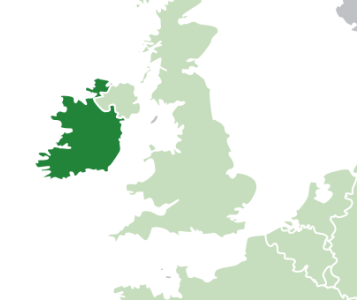 Éire (Republic of Ireland) occupies just over 80% of the island Ireland situated in the Atlantic to the West of Great Britain. Éire is Irish and the official name of the Republic of Ireland. Éire was one of the founding members of the Eurozone issuing coins from 2002.

Some basic facts about Éire:

For more information on Éire,try this link.